The main hall has 1,616 seats in an amphitheater setting while the chamber hall has 422 seats.

In addition to hosting musical performances and opera, the facility is also used for conferences, product launches and conventions. 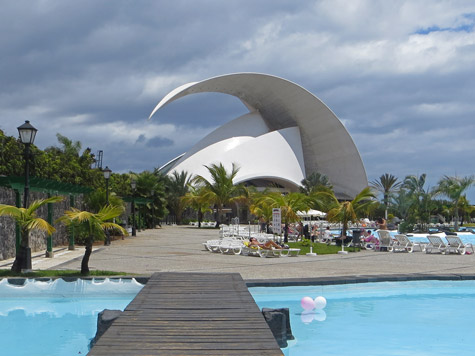 The Tenerife Auditorium was designed by the Spanish architect Santiago Calatrava and opened in 2003.

The Auditorio de Tenerife is located on the Avenue of the Constitution in Santa Cruz de Tenerife.  It overlooks the Atlantic Ocean.