The Monument to the Fallen Angel is a massive monument located near the harbor in Santa Cruz de Tenerife.

The figure that stands on an angel is said to represent Francisco Franco, the Fascist general who ruled Spain with an iron hand for two generations.  The monument is known locally as "Franco's Monument". 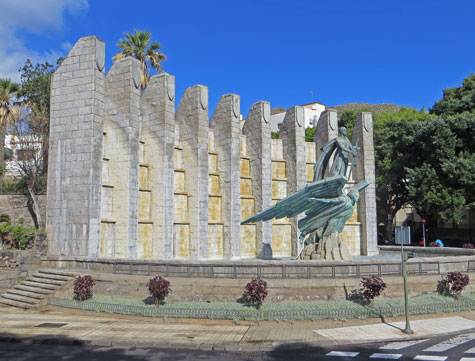 Francisco Franco (1936-1975) ruled Spain for 36 years.  Hundreds of thousands of people were killed or went missing during his dictatorship.  Many were sent to concentration camps where they endured forced labor.