The Insular Palace is an impressive white building located across the street from Plaza de Espana, the main square in Santa Cruz de Tenerife.

The building is home to the Island Council for Tenerife.  The council is called the Cabildo de Tenerife in Spanish. 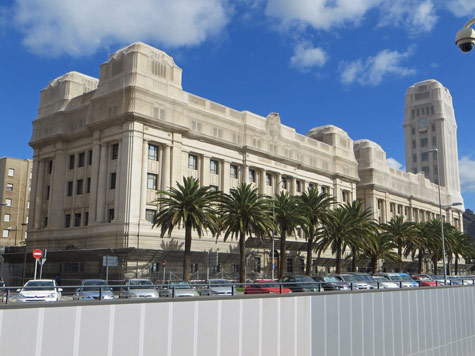 The Insular Palace building was completed in 1940 and features a large clock tower.

In addition to containing government offices, the complex houses an impressive art collection.  There is also a mural referred to at the "Sistine Chapel of the Canary Islands.