The Floral Clock (Reloj de Flores) is one of many interesting tourist attractions that you'll find at Garcia Sanabria Park in Santa Cruz de Tenerife.  The clock was a gift made to Tenerife from Denmark in 1958.

The Reloj de Flores was built in Switzerland and requires constant care. The city of Santa Cruz de Tenerife does a great job planting and re-planting the flowers throughout the year. 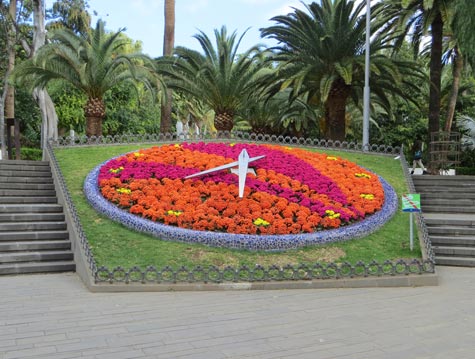